What It’s Like Traveling as a Plus-Sized, Black Solo Female Traveler 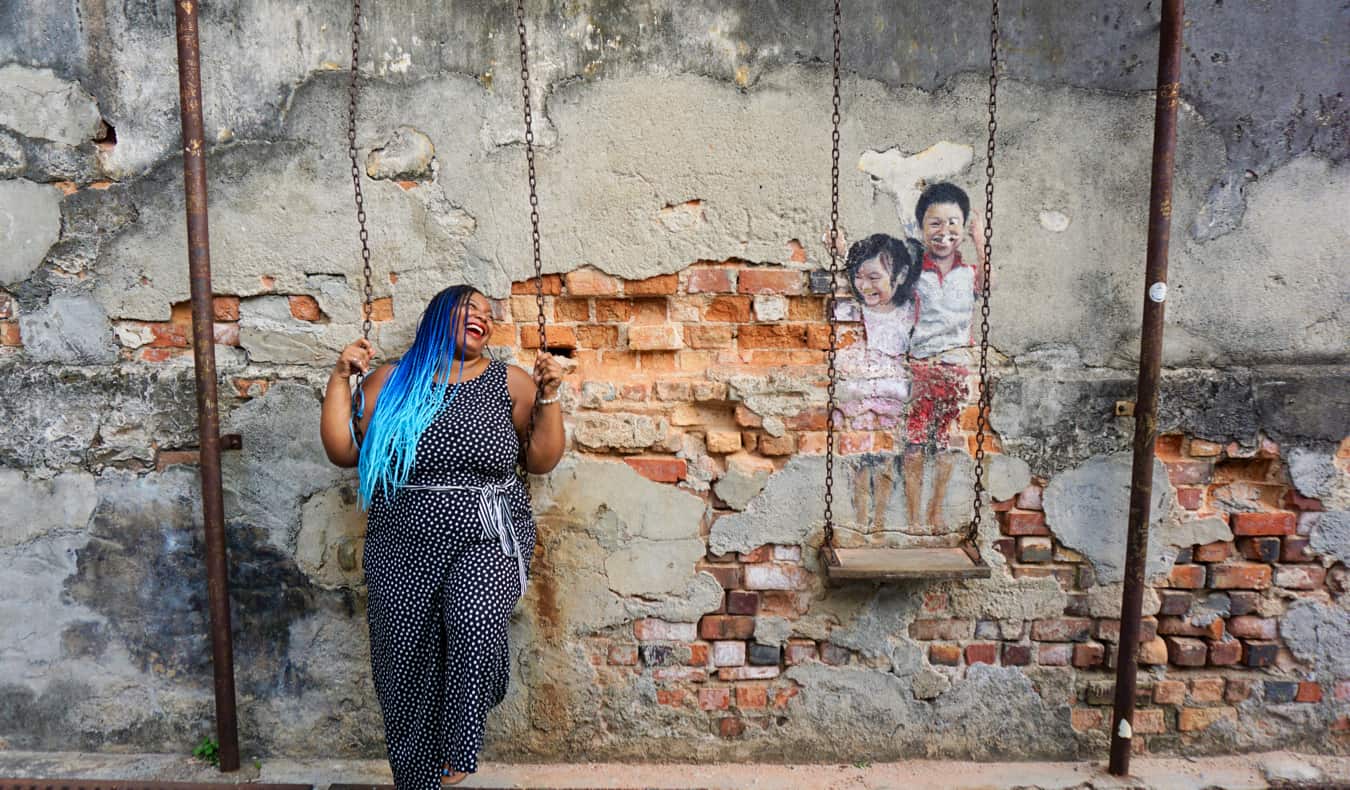 What It’s Like Traveling as a Plus-Sized, Black Solo Female Traveler

In this guest post, blogger and writer Annette Richmond shares her experiences and reflections as a plus-size black solo female traveler. I’ve known Annette for years and she an incredible person who has spoken at TravelCon on subjects relating to blogging and diversity. She’s one of my favorite humans and I’m stoked to have her writing for us today!

Every day, I learn more about intersectionality and how my identity as a fat Black woman impacts the way I travel. Intersectionality is a framework for conceptualizing a person, group of people, or social problem as affected by multiple forms of oppression. It takes into account people’s overlapping identities (age, race, sex, disability, religion, class, sexuality, appearance, etc.) and experiences in order to understand the complexity of prejudices they face.

I grew up in San Francisco as the oldest of three and only girl in a lower-middle-class, single-parent home. Family vacations weren’t a thing for us, but my best friend and her family would drive down to LA every year to go discount back-to-school shopping. In high school, I buckled up and went with them on the road trip — and I was hooked.

Senior year I was the only one in my group of friends that had saved enough money to go on a snowboarding trip to Bend, Oregon. I worked part-time in the shoe department of a major retailer, which meant commission. I saved up for months for that trip; to me, it was a celebration of my accomplishment as the first person in my family to graduate from high school.

That senior-year snowboarding trip was my first solo adventure. Since my friends decided not to go and it wasn’t planned by our school, I was one of the very few Black people there — it was mostly white teens from affluent families.

And each of those things that make me me – gender, weight, and ethnicity – have all impacted how I travel.

Traveling alone as a woman can be risky (though not overwhelmingly more dangerous than being solo in San Francisco. Or any other big city for that matter). The reality is we need to be vigilant as we travel. Once, I was walking with a friend one night in Phnom Penh, Cambodia, and saw a group of men on mototaxis waiting for customers. I felt them staring at us and heard them joking and giggling. As we passed by, one of the men grabbed my right breast. As I went to grab his hand, he sped off on his motorbike, leaving his friends to stare and laugh. I felt both humiliated and violated.

Another time, a man exposed himself and followed me in Kuala Lumpur, Malaysia. I heard someone making kissing noises behind me, and when I turned to look, an older Asian man was approaching me, asking “How much?” I shook my head no and quickened my pace. Soon I heard the kissy noises again; when I turned back to give him a disapproving look, I saw that he had unzipped his pants and was playing with himself in broad daylight. I was shocked and full of fear, but my first thought was to grab my pepper spray.

As he approached the stoplight, my pepper spray was in hand. I felt him approaching, then he stepped into the intersection and crossed on the red light. I was relieved that things didn’t escalate further and happy that I had brought my blinged-out pepper spray with me.

As a Black woman, there are the added issues that strangers will often come up to me and touch my hair or my skin, which I hate. A child even asked if I was made from chocolate! Some countries are more Black-friendly than others. But, in countries where citizens aren’t as exposed to black people, there’s a fascination that makes me feel like a prop.

For example, I had a group of Asian tourists line up to take photos with me at a pagoda in Myanmar. (Additionally, a European family took photos with me at the Louvre in Paris. They got my attention by yelling “Yo, yo, yo!”)

I generally agree to taking photos with people if I have time, feel cute, and am respected. However, I know it’s not my obligation to take photos with people who’ve never met a Black person before so it’s always interesting when they get upset with me for refusing to do so.

The intersecting lines quickly start to blur when it comes to being a Black woman, especially in Southeast Asia, where I’m thought of as either a celebrity or a prostitute. Walking through markets in Malaysia, Bali, and Bangkok, I’ve been called Nicki Minaj, Beyoncé, and Oprah. (Do you think every old white man is called Trump or Biden while shopping in Asia?)

Then there’s my weight. I refused to wait to lose weight before I gave myself permission to see the world. This is me and I didn’t want to conform to any stereotypes of beauty. Although weight can be a barrier to travel, I’ve been able to come up with creative solutions and find tools to make it more accessible.

The first hurdle is the airplane. As a fat traveler, you have to determine if you’ll need to book one or more seats. If you do need more than one seat, have you budgeted for that? (Right now, the only US airline offering a free second seat for fat travelers is Southwest. Look into its Customer of Size Policy for details.)

I don’t generally need a second seat when flying, but depending on the airline, I might need a seat belt extender. On a flight to Bali, I was fighting to get my seat belt on, in the middle seat no less. The man in the window seat was watching me the entire time, growing more impatient by the second. Finally, he said, “That’s not going to fit,” to which I responded, “Can you please focus on yourself and let me focus on my seat belt?” 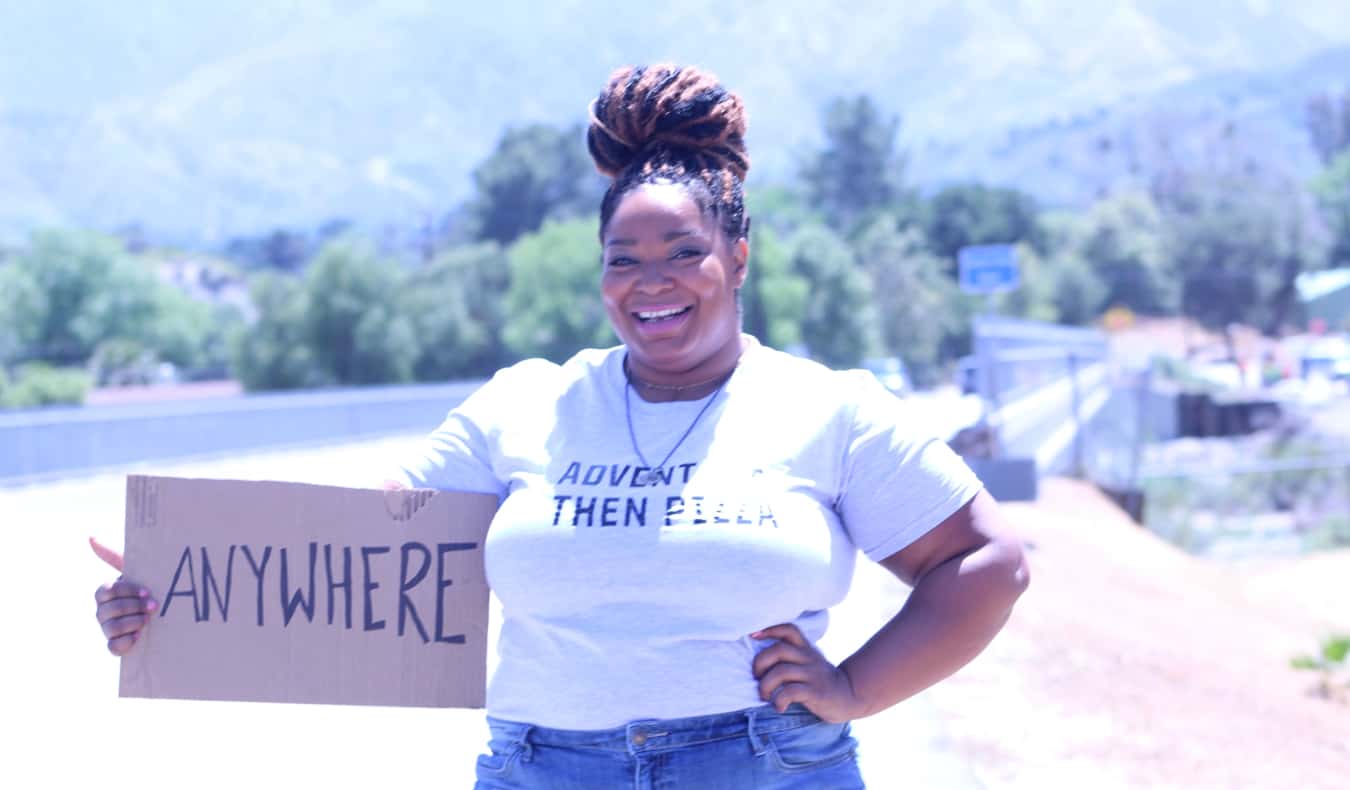 Two seconds later the seat belt clicked into place and the man next to me proceeded to take off his shoes and manspread.

Not many people know about the rules of the emergency exit row. One of them is that you’re not allowed to sit there if you’re using a seat belt extender. On a flight from Malaysia to Bangkok, I was given the window seat in an exit row.

As I was getting my headphones out and putting my gum away, I noticed the flight staff looking and pointing at me. Mind you, my seat belt was comfortably buckled without an extender, and my possessions were safely stowed above me. One of the flight attendants told me that it wasn’t safe for me to sit in the exit row and that I would have to move. I immediately knew that he had profiled me and assumed I was too fat to help in case of an emergency. Instead of getting into an argument or challenging his wrong assumption, I just moved to a window seat a few rows back.

As a fat traveler, there are so many more things to consider when planning a trip. If you’re doing water sports, is there a life vest that fits?

Planning on scuba diving? Is there a wetsuit in your size, or do you need to bring your own?

Did you know there’s a weight limit for horseback riding and zip-lining?

What’s the weight limit on the kayak you’re renting for the day?

All of these factors impact fat travelers, and not knowing the answers to these questions can lead to frustration and feelings of humiliation.

Something as simple as sitting down for dinner or eating in public can be anxiety-inducing for a fat traveler. Responses to fatness vary in different places; in Asia, it’s culturally acceptable to point, stare, and laugh at fat people. I don’t have to tell you how dehumanizing it feels to have strangers in a restaurant monitor everything you put in your mouth. It can sometimes be so overwhelming that it feels safer to order room service or get takeout.

On the other hand, one of my most memorable positive experiences was at a small stall-restaurant at Chatuchak Market in Bangkok. As I waited to be seated, the hostess made a hand gesture. She held her hands out wide, which I took as her saying that I was fat. I gave her a thumbs-up and waited to be seated. When she began seating people who had arrived after me, I got annoyed. I was on the verge of jumping ship when she walked over and grabbed a wooden chair that another customer had just gotten up from. She pulled it up to a table, called me over, and made the hand gesture again.

At that moment, I realized that she had waited to get me a more stable chair. She didn’t want me to risk the humiliation of sitting in one of the plastic chairs and breaking it. I will always be grateful for her kindness.

My intersecting identities as a fat Black woman impacts the way I view the world and how the world views me. Each day, I am challenging beliefs and smashing stereotypes, all while being as open and authentic as I can be. I have nothing to prove and no one to impress. Just more layers of my identity to be revealed.

Annette Richmond is an award-winning content creator, writer, advocate, and public speaker. She runs the blog From Annette With Love and is the creator of the body-positive travel community Fat Girls Traveling, the Editor-in-Chief of Fat Girls Guide, and the host of the annual fat positive Fat Camp. She’s also been featured in Conde Nast Traveler, Teen Vogue. NBC, Forbes. O Magazine, and more. You can follow her on Instagram as well.

Book Your Flight
Find a cheap flight by using Skyscanner or Momondo. They are my two favorite search engines because they search websites and airlines around the globe so you always know no stone is left unturned.

Book Your Accommodation
You can book your hostel with Hostelworld. If you want to stay elsewhere, use Booking.com as they consistently return the cheapest rates for guesthouses and cheap hotels.

Don’t Forget Travel Insurance
Travel insurance will protect you against illness, injury, theft, and cancellations. It’s comprehensive protection in case anything goes wrong. I never go on a trip without it as I’ve had to use it many times in the past. I’ve been using World Nomads for ten years.

My favorite companies that offer the best service and value are:

The post What It’s Like Traveling as a Plus-Sized, Black Solo Female Traveler appeared first on Nomadic Matt's Travel Site.