Kia Seltos HTX gets UPDATED: Here’s what is new [Video] 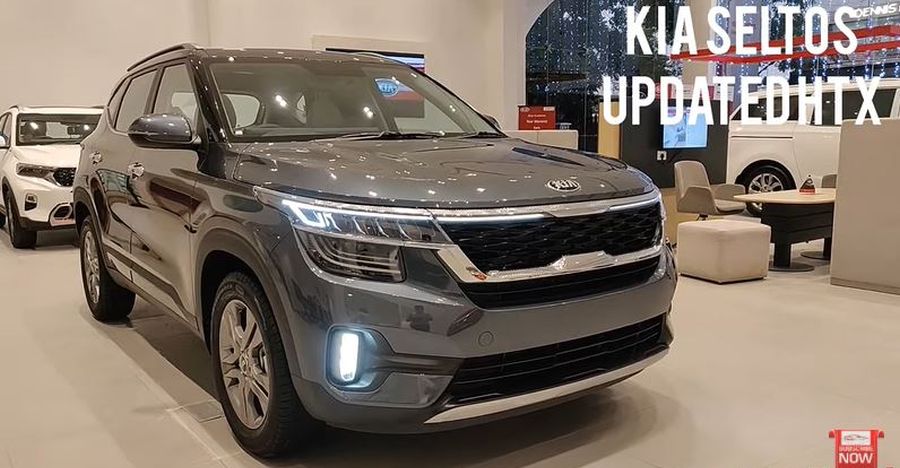 Kia Seltos HTX gets UPDATED: Here’s what is new [Video]

Kia Motors made their debut in the Indian market last year with Seltos SUV. It is a mid size SUV that competes with the likes of Hyundai Creta, MG Hector in the segment. It quickly became popular among buyers because of its looks features and the price. Seltos became so popular that Kia was able to sell over 1 lakh units in just under a year. They even launched an Anniversary edition of Kia Seltos recently. Kia has now made some changes to the HTX trim of Seltos and here is a video that shows what all new features have been added to the SUV.

The video has been uploaded by AutoTrend TV on their youtube channel. The video shows the new updated HTX trim of Kia Seltos with all the new features in it. The Kia Seltos HTX sits right under the top-end HTX Plus which means, it already offered number of features and now offers some of the features from higher trim.

The main updates on the MY2020 Kia Seltos HTX trim is that it now comes with an electric sunroof. This feature was not available in this trim before. The other updates include a Seltos scuff plate on the doors and a smart phone USB charger for the rear passenger. These are things that are newly added to the SUV.

It comes with all LED headlamps, split LED DRL, LED turn indicators and ice cube shaped LED fog lamps. There is generous amount of chrome garnish around the Tiger Nose grille and the skid plate also gets a silver finish to it. The door handles and the window line also have chrome garnish. It gets a gun metal grey finished 17 inch alloy wheels, and all the four wheels come with disc brakes too.

Moving inside, it gets a leatherette seats, 10.25 inch touchscreen infotainment system, multi function steering hweel, auto dimming IRVM, UVO connect features, tilt and telescopic steering, integrated air purifier and so on. it misses out on features like Bose speaker system, ventilated front seats, 360 degree camera, front sensors and so on. These features are available with top-end HTX Plus and GT Line variants.

Kia Seltos is available with three engine options. The GT Line version is powered by a 1.4 litre turbocharged petrol engine paired with a 7-speed DCT and manual gearbox option. The Tech Line versions are powered by a 1.5 litre naturally aspirated petrol and a 1.5 litre diesel engine. The 1.5 litre petrol comes with manual and CVT gearbox options whereas the diesel gets a manual and 6-speed automatic transmission.

The post Kia Seltos HTX gets UPDATED: Here's what is new [Video] first appeared on Cartoq.